Departure And A Long Long Day....Or Two For That Matter! 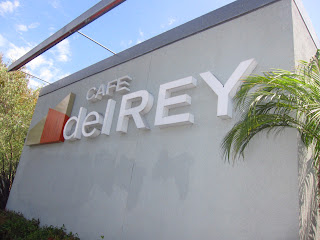 We spent the the morning before our flight with friends at Cafe Del Rey for brunch....It was fantastic and I highly recommend the prix fixe menu with the never ending mimosas!

After a great brunch, we headed to the airport with Akki (Sri Lankan for older sister) and Leena.  It was smooth sailing as we hung in Starbucks until the last possible minute prior to going through security.

We were in for a pleasant surprise when boarding one of the best airline carriers out there (Virgin Atlantic) with upgraded seats at no extra charge.  Shari got some good rest, but I only slept an hour or so.


We landed in Heathrow airport the next day at noon London time.  Although the flight was only 10 and 1/2 hours, we picked up another 8 hours in time zone changes so we were pretty tired as we cleared customs because it felt like we flew right into the next day.
Unfortunately, we still had a long journey ahead of us with an hour ride on the tube and another hour ride on a train up to Huntingdon where we were going to stay with Shari's grade school friend Manisha and her husband Neshan.  Luckily, we were able to catch the tube from Heathrow although it was a long walk (everything seems a long walk away in that airport for some reason).  After muscling our baggage on the tube we were off on the Piccadilly line to Kings Cross in order to catch our train.  Having arrived no worse for the wear, we grabbed some water, an English pastie (their version of an empanada) and a quick bathroom break before jumping on our train bound for Huntingdon.
The train ride was quite pleasant with beautiful views of the English countryside, but when we got to the Huntindon station, we realized we had to lug our heavy baggage over an old style pedestrian bridge in order to get to the taxi stand.  We prevailed triumphant (with some help from a nice ol' English chap) and grabbed a cab to Neshan and Manisha's home.  I learned that tipping the cab driver is not necessary but certainly appreciated-as a matter of fact, tipping is not expected at restaurants either and one only needs to tip a pound or two rather than the 15 to 20% we are used to tipping in the states.
Our final destination was a nice townhouse Neshan and Manisha just moved into in order for Manisha to be closer to the hospital she will be practicing medicine in for the next six months.  After dropping our bags in our room, we had a nice chat with the Manisha and her mother who was there helping with Neshan and Manisha's nine month old boy.  I promptly crashed after the conversation, exhausted from the trip as the rest of the group enjoyed a fantastic Sri Lanka meal prepared by Manisha's mom.
Tomorrow our adventures will take us to Cambridge and we will also try to book an overnight trip to Paris so stay tuned!
Posted by Kevin Harbison at 11:54 AM