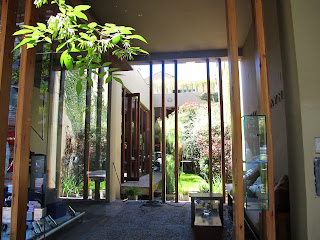 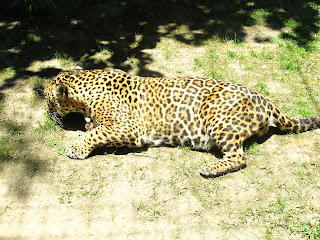 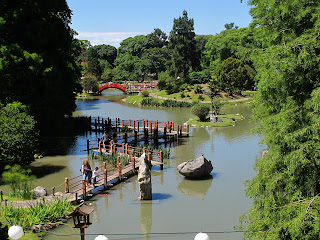 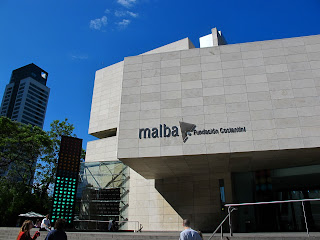 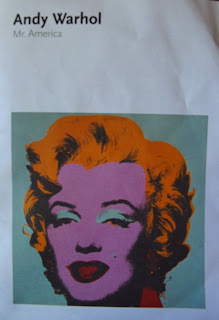 Woke up today with what felt like a killer sinus infection. I started having trouble yesterday, but was really in the hurt locker this morning. No worries though-you can't be no punk when you're in a different country. Despite my illness, I took to the street with my usual routine: Argentine breakfast! Tried a new form of transportation today; the subway. I actually took it with Teresa when she was still here, but I tried it by myself today. It works great and only costs about 25 cents to go almost anywhere in the city. Got to keep a close eye on people though, but all in all, a very good way to get around.
My first stop was Palermo SoHo. I wanted to check out a hostel for Christmas Eve, but when I got there, they informed me that they have no vacancy now or next week! I will try to book something online, but I definitely want to be in Palermo SoHo because it rocks and is close to the airport.
After my hostel let down, I checked out the botanical garden. It was OK, but a bit unmaintained...not what we spoiled Americans expect, but nice and quiet with some pretty stuff all the same.
After the botanical garden, I went to the zoo (it was right next door). This was CRAZY! Remember when you parents took you to the petting zoo at the state fair and you got to feed a goat or something? Well, the zoo was pretty much a giant petting zoo! Visitors are allowed to feed most of the animals and they let these wild creatures get REALLY close to you! A very different experience than what I'm used to, but pretty awesome.
From the zoo, I walked a short bit to the Japanese garden. This was pretty cool. Very well maintained with some beautiful stuff. I think I got some pretty neat shots and enjoyed some water at the little snack area before my next stop.
The next stop was the Planetarium. The guide book claims that the show is in Spanish and English, but unfortunately, when I arrived, I was informed that there is no English show so I high tailed it out of there and grabbed a grilled chorizo sandwich from a roadside stand. It was one of the most delicious sandwiches I ever had! Just chorizo cut in half and placed on top of a grilled baguette. The owner of the stand had some grilled onion and chimichurri sauce of course. I don't think I will ever be able to eat meat again without chimichurri-it's tha beaaast!
Full off of my sandwich, I headed over to the Museum of contemporary art to see the Andy Warhol exhibit called Mr. America. The Museum was REALLY cool and it was neat to see an American artist featured in an Argentine museum. After the taking in all to crazy modern art, I caught the subway back to my area of town and returned to my hostel exhausted and ready to kick this bug! Check out all of the pics from day 4 on my Flickr page at: http://www.flickr.com/photos/39526836@N05/sets/.
Going to chill out tonight and stay mellow because I have to get up and get ready to catch my flight to Patagonia tomorrow for my seven day adventure. Probably won't post anything tomorrow because catching a flight is just not that interesting, but I am hoping to have WiFi down in Patagonia. If not, I will have to catch up on a lot of blogging on Christmas Eve!
Ciao for now!
Posted by Kevin Harbison at 2:36 PM