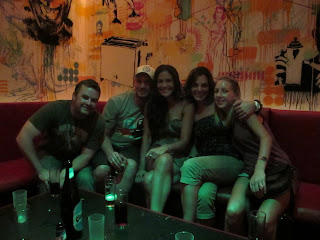 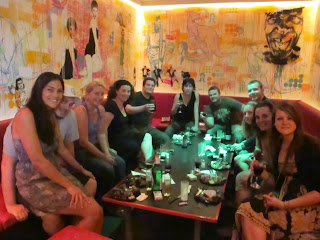 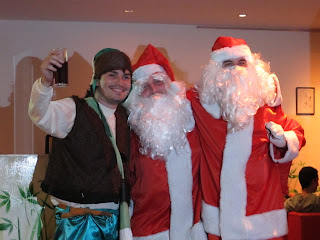 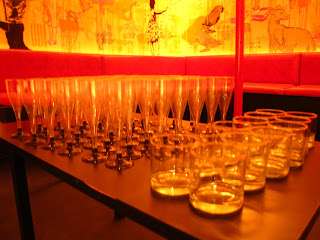 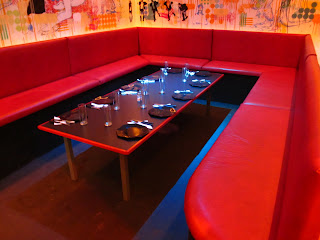 Merry Christmas everyone! I am writing this post from my hotel in Iguazu Falls. I had a great time at a Christmas Eve party back in Buenos Aries last night, so this post is an account of the evening. Enjoy!
I arrived back in Buenos Aries around 6:00 PM after my flight from El Calafate and took a cab to the Art Factory Hostel. The Hostel was hosting a Christmas Eve party later in the evening so in the meantime, I walked about a mile and a half to try to catch a Christmas Eve service at an english speaking church I found on line. Unfortunately, I could not find the church, so I headed back to the hostel just as the festivities were beginning.
The party was packed with about 50 guests and we all sat down to a traditional Argentine Asado (BBQ). I met two really cool couples, one was from Australia and the other was a Lebanese woman and French man who lived in London. Both of them invited me to stay with them in their counties so I may have to tack on Australia to the end of my trip next year!
About half way through dinner Santa and his twin brother crashed the party with a weird looking elf from Brazil. Everyone got a good laugh and retired to the roof top to catch the fireworks. It was the first time I spent Christmas Eve in another country and apparently in Argentina, Christmas Eve is like the fourth of July. It seemed like everyone in the city was setting off fire works!
To see all of the pictures from the night, check out: http://www.flickr.com/photos/39526836@N05/sets/
Posted by Kevin Harbison at 9:25 AM