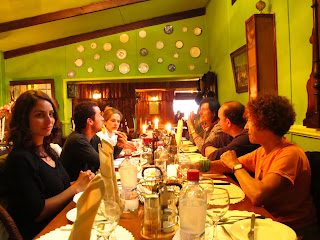 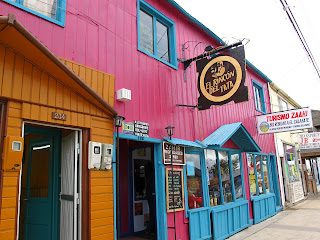 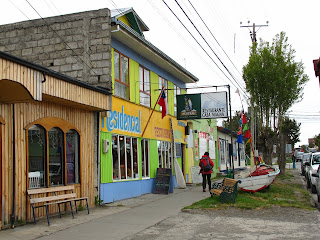 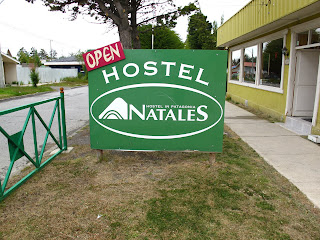 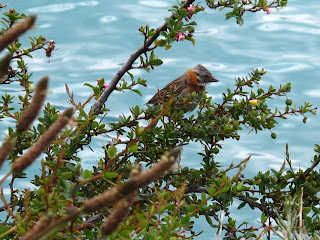 Not much to speak about for day 3 in the Torres Del Paines. The scheduled hike was almost cancelled due to heavy rain, but an adventurous group of four decided to brave the elements and set out for the trek. I would love to tell you that I was one of the brave four, but I was spending too much time cuddled up by the fire and in the tent to do any trekking!
The brave four returned around 11:30 and we broke camp to catch the boat back to the "civilized" side of the lake in order to start our journey to the town of Puerto Natales. The ride to Puerto Natales was nice, especially with Mercedes Sosa on the radio (already downloaded some of her music-it's Muy Bueno!). We arrived at Puerto Natales around 5:00 PM and checked into the hostel Natales-the best hostel I have stayed at on this entire trip. After getting settled in our rooms, my friend Anna and I went down to the front desk to ask the receptionist were the nearest laundry mat was located. After ten days of no laundry, I was running out of clothes to wear!
Walking through the town toward the laundry mat, we were struck by the charm of the small Chilean fishing town. We arrived at the laundry mat and found that the owner could wash, dry and fold all of our stuff in about 2 hours! She kept the joint open until about 10:00 PM, so we grabbed some Chilean pesos from the nearest bank and headed back to the hostel to shower up and check e-mail before meeting the rest of the group for dinner.
Dinner was at 8:00 PM at a nearby seafood joint and was very good. Some of the group, like myself, would be heading out the next day while the rest of the group were continuing the tour down to the city known as the "end of the world" because it is the furthest south of any city in the world, so this was really a farewell dinner.
After dinner, it was back to the hostel to catch some sleep before I had to catch the bus back to El Calafete. Check out all of the Torres Del Paines (Day 3) and Puerto Natales pictures at: http://www.flickr.com/photos/39526836@N05/sets/.
Posted by Kevin Harbison at 9:37 PM