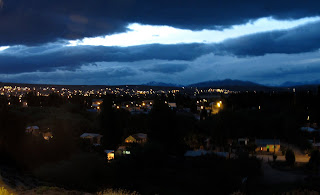 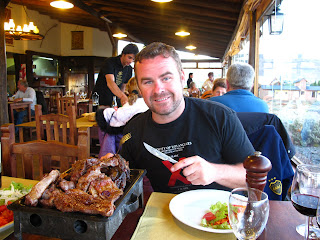 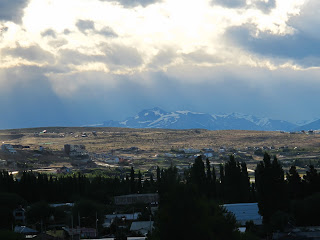 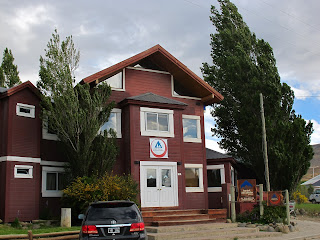 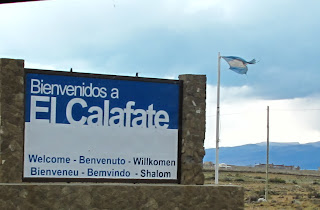 So much to write about as I spent the last six days in Patagonia. I caught a flight from Jorge Newbery Airport in Buenos Aries and flew down to El Calafate with a short layover in Bariloche on Aerolineas Argentina. The flight was nice and the actually fed us on both 2 hour legs of the flight (the flight attendants were hot too)! Upon arrival in El Calafate, I met one of our tour guides, Marcela and took the shuttle to my hostel for the evening. I ran into a Chinese family from Fullerton so we talked a little Souther California for a bit.
After getting settled in my hostel, I was taken to Don Pichon Grill for my welcome dinner with Emilio and Juliana, a newlywed couple from Mexico City. The restaurant featured, what else, Argentina Asado (BBQ) and great wine! The views were also spectacular. We finished our meal at about 11:00 PM and it was still light out! Check out all of the pictures of El Calafate and the restaurant at: http://www.flickr.com/photos/39526836@N05/sets/.
Should have about five more blogs coming up highlighting the entire Patagonia experience!
Posted by Kevin Harbison at 8:16 PM